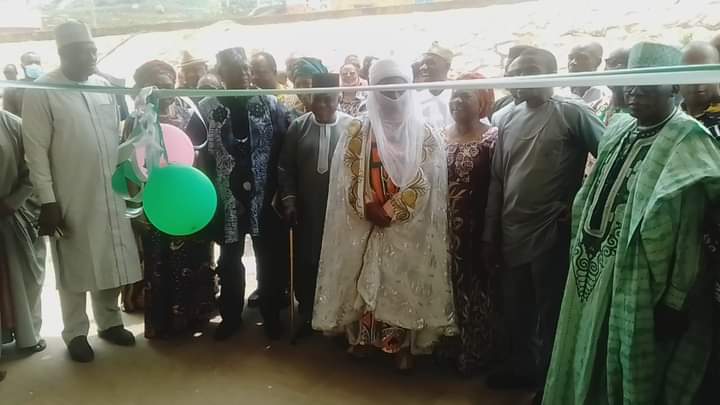 By Maik Ortserga The weekend of 20-22 May, 2022 included a range of activities that brought Nigerian writers together at the Mamman Vatsa Writers Village, Mpape Abuja. The event was the commissioning of the Femi Osofisan Secretariat within the Chinua Achebe International Conference Centre. The roll call of major writers included Emeritus Prof. Femi Osofisan, Prof. Olu Obafemi, Prof. Tanure Ojaide, Prof. Akachi Adimora Ezeigbo, Prof. Mallam Al -Bishak, Prof. Razinat T. Mohammed, Prof. Idris Amali, Prof. Moses Tsenongu, Prof. Chimalum Nwankwo, Dr. Maria Ajima, Mallam Denja Abdullahi, Dr. Obari Gomba and a host of others. The commissioning of the secretariat took place in the afternoon of Saturday 21May, 2022 intended to provide a safe space for ANA to carry out its administrative work efficiently . The commissioning was done by no less a personality than the Almin Musulmi of Idoma land and former Vice-Chancellor, University of Ilorin and Nasarawa State University, Emerutus Prof. Shamsudeen Amali. In his speech, ANA president Camillus Ukah thanked the almighty God for counting him worthy to complete bring for commissioning what was started by his predecessors like Mallam Denja Abdullahi who he likened to the biblical Moses that handed over to him, a Joshua, to take ANA to the Promise land. He explained that the naming of the secretariat after Emeritus Prof. Femi Osofisan could not be faulted due to Osofisan's resilience in ensuring that ANA is not lost to the antics of opportunist who wanted to wreck the vision of of founding fathers by fractionalizing the Association. It was a solemn moment of meditation when Prof. Mallam Al - Bishak, with his profound oratorical equipage reeled off Prof. Shamsudeen Amali's citation, mesmerising Nigerian writers with the the tale of a Muslim - Catholic marriage between Prof. S. Amali and Prof. Mrs M. Amali which has lasted for over forty years and has been cited as a symbol of religious tolerance expected of Nigerians. Before cutting the tape, the Almin Musulmi of Idoma land appreciated the ANA President and the national executives for living up to expectation. Much of the day was taken over by the Mbari Series May edition, held inside the newly furnished conference hall within the Femi Osofisan Secretariat. Mbari has a fascinating history. It was founded in Ibadan, Nigeria, in 1961 by Ulli Beier, with the involvement of a group of young writers including Wole Soyinka and Chinua Achebe. Mbari, an Igbo concept related to "creation", was suggested as the name by Achebe. Among other Mbari members were Christopher Okigbo, J. P. Clark and South African writer Ezekiel Mphahlele, Frances Ademola, Demas Nwoko, Mabel Segun, Uche Okeke, Arthur Nortje and Bruce Onobrakpeya. The Camillus Ukah led exco of ANA has since revived the Mbari Series. The May edition came under the theme "The Story as a Donkey" and was moderated by the duo of Prof. Mallam Al -Bishak and Prof. Razinat Mohammed. Most of the discussants saw the theme as metaphoric, a demonstration of how the story has been overburdened like a donkey, others saw the story from the angle of strength, commitment and stubbornness that is reflective of the donkey.There was also a special reading from the poet laureate Dr. Obari Gomba, winner of the 2022 PAWA Poetry Prize, which thrilled the audience. The rest of the evening was taken over by a reading session, featuring the environmental poet Dr. Greg Mbajiorgwu. Prof. Chimalun Nwankwo's forklorist poem mesmerised the gathering while Prof. Tanure Ojaide's poem descended like an axe on the craze for foreign football that has taken over the Aftican continent, enslaving our people. The spoken world poet, Atta Dhe Titan took over the floor with his poem "How I killed Suiicide" which was quite electrifying. The reading session ended with a sumptuous dinner. Sunday was slated for departure so writers were preparing to move out of their hotels to catch their flights or board their buses, then word sailed in that the Almin Musulmi of Idoma land Prof. Shamsudeen Amali has invited writers for breakfast in his residence. It was indeed a banquet that awaited Nigerian writers that early Sunday morning. As one young writer said , “this large family of Writers called ANA is, indeed, a place to connect, talk, learn, geek out and write – what more could you want?” We couldn’t agree more!