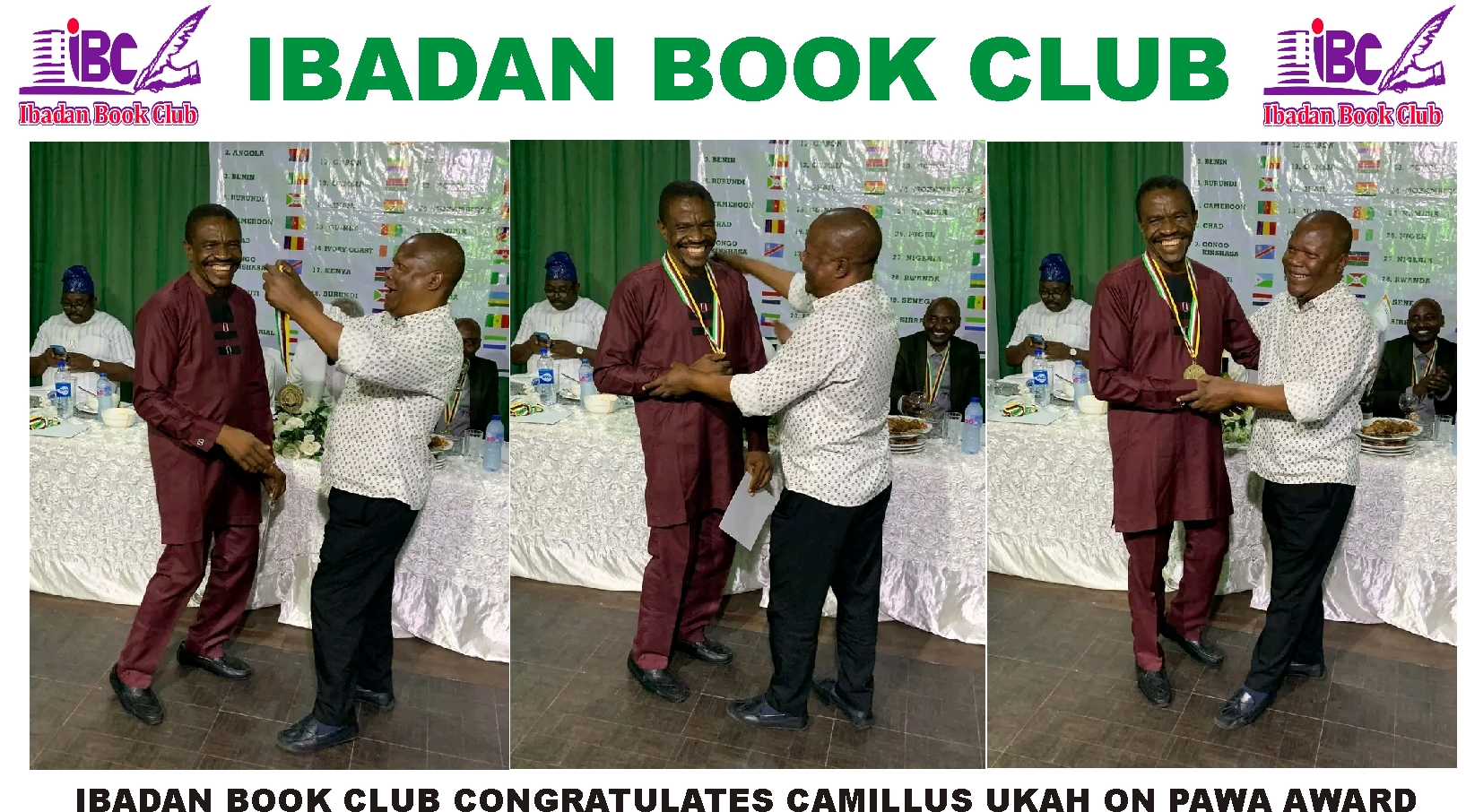 By: Wole Adedoyin Ibadan Book Club has joined ANA Members across the country to congratulate the current President of the Association of Nigerian Authors (ANA), Camillus Ukah for bagging the “ESTEEMED PATRON OF THE ARTS AWARD” from the Pan African Writers Association (PAWA) over the weekend. Ibadan Book Club, in a statement signed by its Coordinator and Secretary, Ayobami Odunyemi and Ayoade Hassanat, noted that Camillus Ukah’s infrastructural strides and exemplary leadership in ANA are finally getting the recognition it deserves. Recall that ANA President, Camillus Ukah was on Saturday conferred with the award by the Pan African Writers Association (PAWA) at the PAWA’s International Conference which took place at the Conference Centre, University of Ibadan, Nigeria between June 23 and June 25, 2022 with the theme, “Literature Since Makerere 1962: The African Writers’ Pan African Agenda for Peace Security and Cultural Development”. Parts of the release read, “Mr. President, the award is an eloquent testimony of your achievements since you assumed office; you came into office at a precarious time that witnessed crisis, chaos and legal battle. In all, you faced the situation with the heart of a lion and rose up to the occasion.” “Mr. President Sir, you are a committed reformer with an unflagging love for ANA and her members, working tirelessly to embrace innovative ideas that have today transformed the association into an epicentre of excellence.” With this recognition, Ibadan Book Club hopes that ANA President will be propelled to pursue more development agenda for ANA and her members. Ibadan Book Club finally prayed that God would continually direct and strengthen Camillus Ukah and his National Executive Committee members to uplift ANA to a glorious and enviable height.