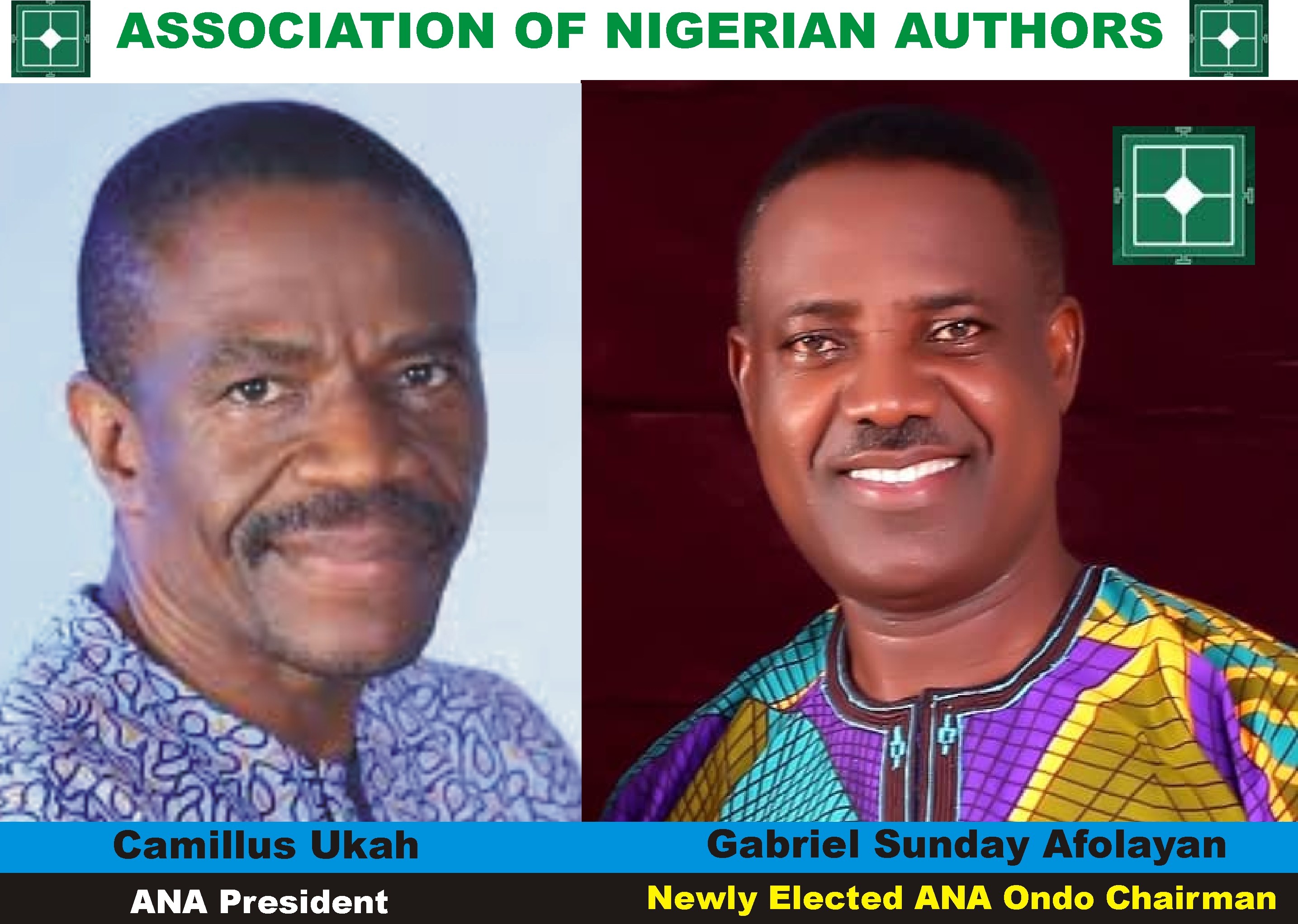 By ANA Publicity Committee Camillus Ukah, President of the Association of Nigerian Authors (ANA) on Tuesday congratulated the newly elected Chairman of ANA Ondo, Gabriel Sunday Afolayan and other association’s executive officers who were last Friday elected into various positions in the association’s administrative structure. In a statement issued through the Association’s PRO South, Isaiah Ebhodaghe, in Edo on Tuesday, said that the emergence of Gabriel Sunday Afolayan as ANA Ondo Chairman would bring good tidings to the association and a positive change to ANA Members in Ondo State. ANA President described the newly elected ANA Ondo Chairman as the right man for the job because; his past activities in ANA did not only inspire confidence but have prepared him with the requisite experience and skills for the task. He therefore urged members of ANA Ondo at all levels to rally round and support the new team. Camillus Ukah finally assured Gabriel Sunday Afolayan of ANA National Support and further urged him to ensure that he carries every member along in all the chapter’s activities and programmes.