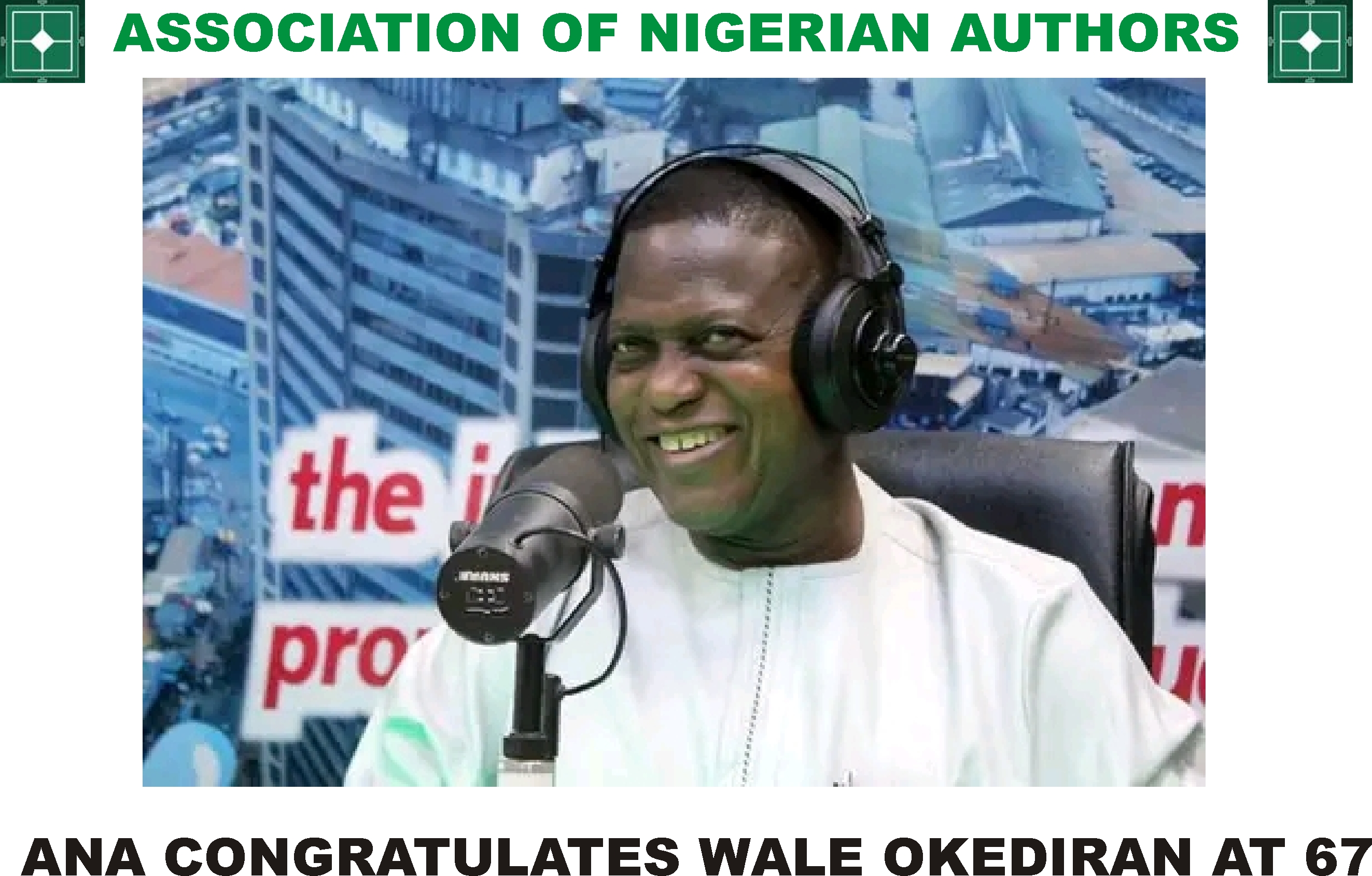 By: ANA Publicity Committee Camillus Ukah, President of the Association of Nigerian Authors (ANA) has congratulated PAWA Secretary General and former President of the Association as he marks his 67th birthday on Thursday, April 14 2022. ANA in a congratulatory message by its PRO South, Isaiah Ebhodaghe, said “Wale Okediran has demonstrated unparalleled leadership skills, integrity and courage in bringing change to PAWA after one and half years in office.” It also commended Wale Okediran on his achievements and efforts towards bringing PAWA to an enviable status. The body thanked God for His blessings of wisdom and good health on Wale Okediran, especially in the last one and half years he had piloted the affairs of PAWA. "We are not only celebrating your birth anniversary but your purposeful leadership as well. Your impressive performance as PAWA Secretary General is an indication that the Council of PAN African Writers Association did not make mistakes in their choice. The revival of literary activities and quality programmes by the administration under your leadership has brought back life to PAWA." "Your focus and commitment to the growth and development of African Literature, especially in the areas of activities, programming and membership drive, have been greatly acknowledged." "It is our prayer that God will continue to protect you and grant you good health to render more services to your country and Africa in general,” the statement said. ANA further assured PAWA Secretary General of renewed loyalty and cooperation of Nigerian authors to his administration, assuring him of their prayers, support and goodwill as he leads the continental writers’ body to the next level. ANA finally wished the PAWA Secretary General long life, good health, God’s protection and wisdom.