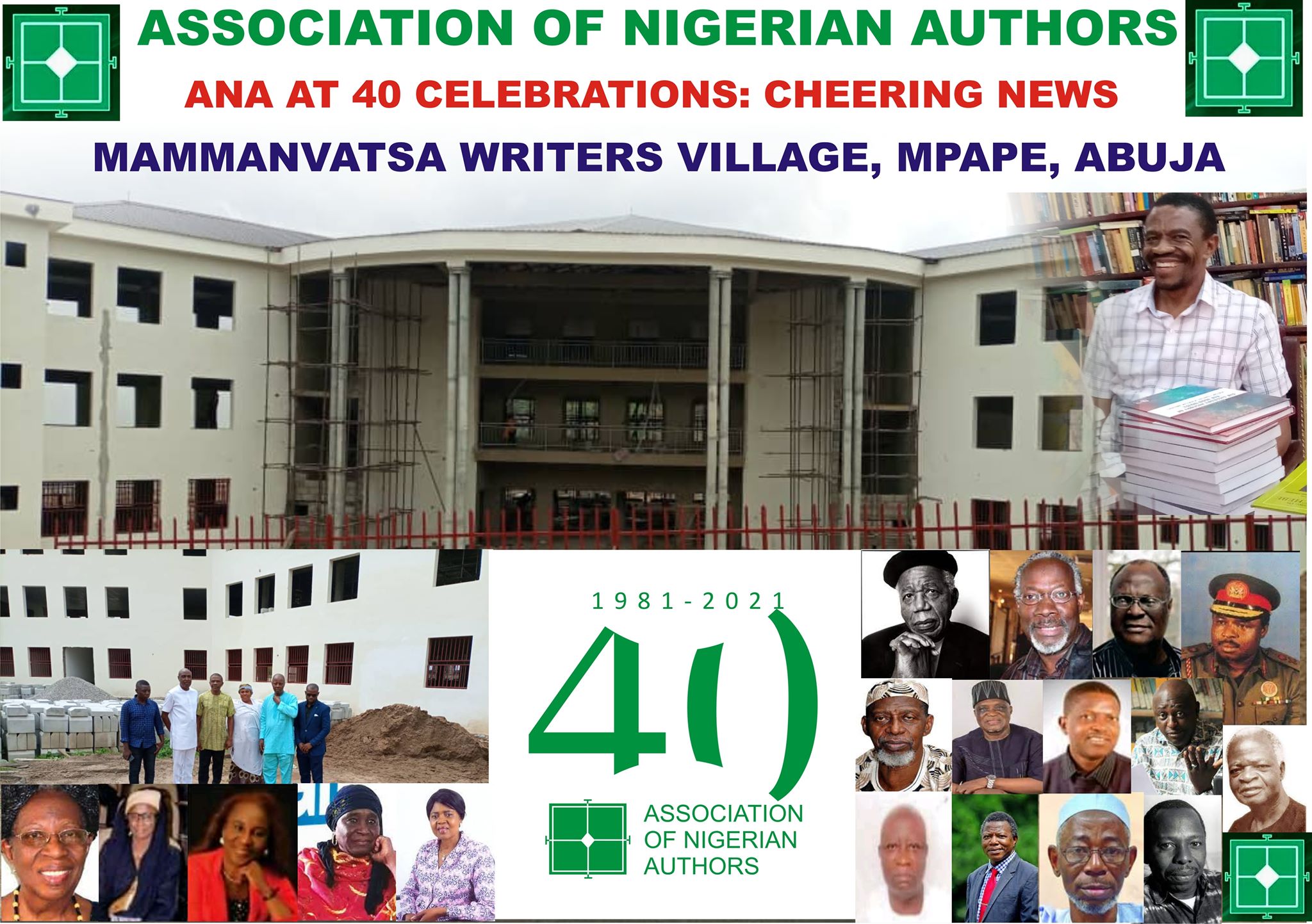 The current ANA National administration led by Camillus Ukah has remained focused on its commitment to build on the solid foundation laid by the previous ANA administrations, aptly articulated as ‘Consolidation of Kinetics.’ That unwavering commitment has ensured that all ANA traditional annual programmes have been diligently executed including the ANA National EXCO/ Branch Chairmen and Secretaries meeting, ANA/Yusuf Ali Literary Campaign, ANA/AEFUNAI Conference, Authors Groove at 2021 NIBF etc. At the first ANA National EXCO meeting this year, a decision was reached to celebrate ANA @40 in a very special way with a ten(10)- city recollection before the grand finale at the Mamman Vatsa Writers Village, Mpape, Abuja. The ten city event has since kicked off with resounding successes in all the cities visited starting fromIbadanto Yenagoa and Port-Harcourt. The remaining cities events are already scheduled to take place between the months of August and September this year. The plan to spice [email protected] events with forty thousand books from the Nigerian Writers Series is in steady progress. Forty secondary schools from across the country will get one thousand books each and a books shelf to further boost the ANA’s A-BOOK-A-CHILD-A-WEEK Project. Moreover, tremendous progress has been made on the development of the Mammam Vatsa Writers’ Village to the extent that it is no longer a pipe dream but a dream come true that ANA @40 Grand Finale events and the 40th International Annual Convention events, by the grace of God, will take place under our own roof right inside the Chinua Achebe International Conference Centre at the Mamman Vatsa Writers’Village in Mpape,Abuja. The most cheering news, however, is that like the gallant eagle, ANA has swiftly risen in strength above the kind of snares that had entrapped similar organizations in the past, and is making steady progress. ANA @ 40 is expected to reverberate with global quakes. To this end, all ANA members and stakeholders in the Nigerian literature project are enjoined to put their hands on the plough for the realization of this year’s literati moment when the biggest black continental writers’ body will hopefully shine, more than ever, like the morning star. Meanwhile, the National Secretariat of the Association of Nigerian Authors (ANA) has released a programme of event for this year’s International Convention / Grand Finale of ANA @40 celebration. Details of the four- day event are: Date : November 3rd – 6th, 2021 Venue: MammanVatsa Writers Village, Mpape, Abuja Theme: Resilience and Nation Building: The Role of Nigerian Literature Highlights • Anniversary lecture to be delivered by Emeritus Prof. Femi Osofisan • Keynote to be delivered by Prof. Akachi Adimorah Ezeigbo Panel discussions • The writers’ responsibility in a distressed society • The rights of the writer (to be powered by Nigeria Copyright Commission (NCC) • The impact of the Nigeria Prize for Literature on the continental leadership role of Nigerian Literature (to be powered by (NLNG) Roundtable discussion • Writing as Art: Conversations with Veterans Other side attractions • Arrival Cocktail • Tour of MammanVatsaWriters’Village • Dinner/ Grand Award ceremony • And many more Maik Ortserga General Secretary