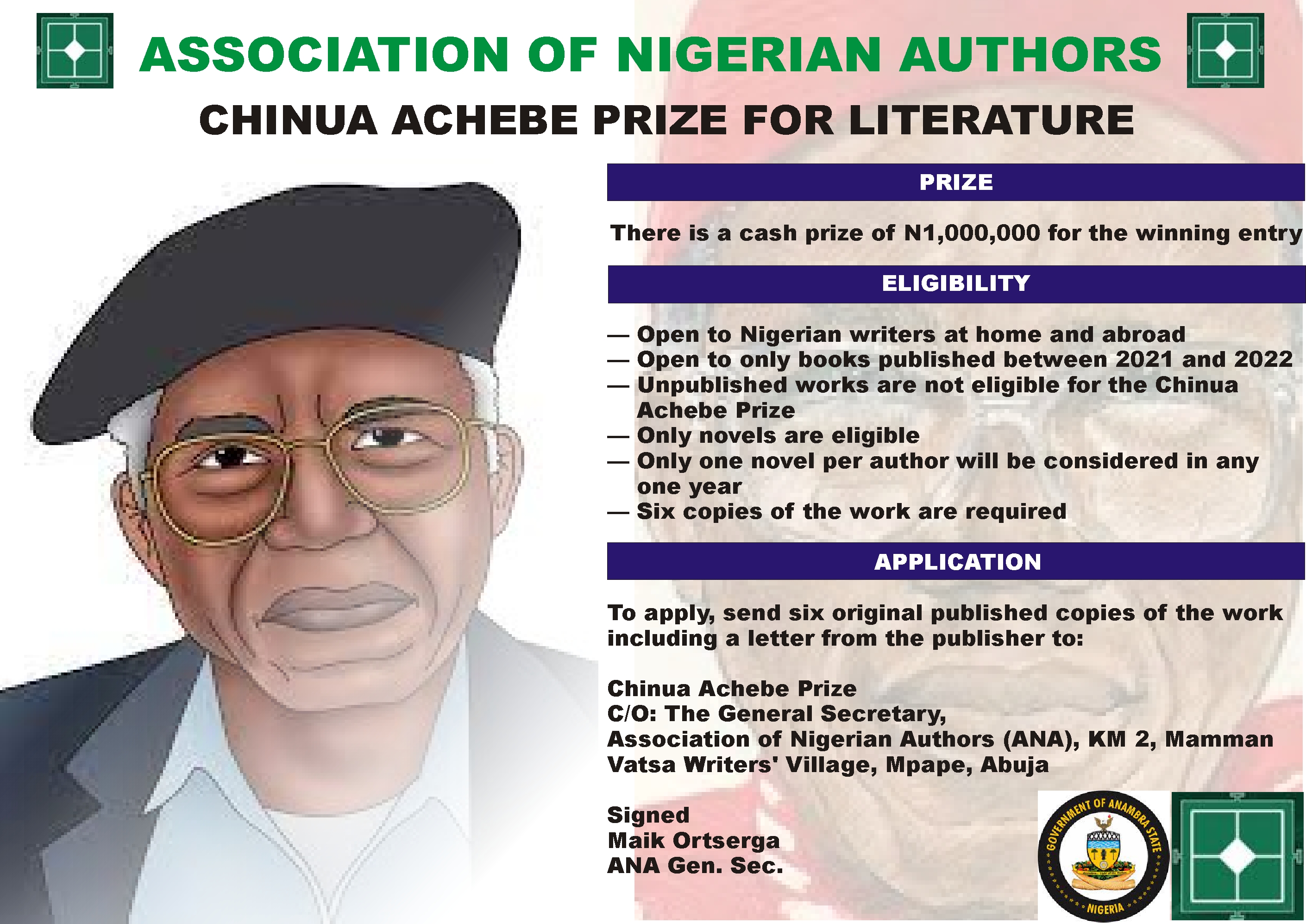 DEADLINE: 12TH JUNE, 2022 Applications for the Second edition of Chinua Achebe Prize for Nigerian Fiction are now open, this is a Literature Prize awarded to Nigerian Novelists at home and abroad who publish in English. The prize has been launched by the Anambra State Government in July 2021 to mark the forty years anniversary of the Association of Nigerian Authors (ANA) which was founded in 1981 by Professor Chinua Achebe of blessed Memory. The focus on fiction reflects the efforts of the Nigerian writer of the contemporary era to change the narratives and intensify the search for a better world. The second edition will awarded during the ANA International Convention in November 2022. PRIZE There is a cash prize of N1,000,000 for the winning entry Eligibility —Open to Nigerian writers at home and abroad —Open to only books published between 2021 and 2022 —Unpublished works are not eligible for the Chinua Achebe Prize —Only novels are eligible —Only one novel per author will be considered in any one year —Six copies of the work are required Application To apply, send six original published copies of the work including a letter from the publisher to: Chinua Achebe Prize C/O The General Secretary, Association of Nigerian Authors (ANA), KM 2, Mamman Vatsa Writers’ Village, Mpape, Abuja Signed Maik Ortserga ANA Gen. Sec.